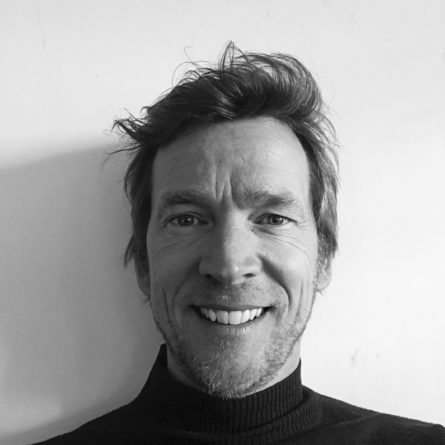 24/7 creativity. That’s characterises Michel Rijk. As a youngster he surrounded himself with pencils and paper. Always drawing. It came as no surprise that he would go the creative route. After graduating from the Graphic Lyceum Eindhoven, he started working for various advertising agencies in his hometown Eindhoven. He went through all stages of the design and making process. But his creativity really came alive in Amsterdam. There, as an Art Director, he was confronted with the question of how a message could reach people as simple and clearly as possible. So that it would stick. The idea, the message, the design. Everything had to come together the right way. Rijk has always been guided by simplicity and clarity in his thinking and work. Leaving out the noice. Making visual statements. When we look at something, we don’t read first. We see shape, imagery, colour and then we read. That has shaped his way of thinking. Also in his art.

In his photo art his mind always searches for connection between opposites. Trying to simplify to clarify. Placing object and their meaning in a different perspective. Creating a new way of looking at things. Visual words. A shift of perspective that can create a wonderful, imaginative and sometimes alienating perspective.

In his illustrative work he strives for minimalism. Displaying the essence of the subject in a single line. In such a way that the spectators’ fantasy finishes the artwork themselves. Let the imagination run free.

Rijk’s work has been compiled digitally. In this way he can express his thoughts visually down to the smallest details. It gives him the freedom to tell a different story.

Michel Rijk lives and works in Vught, The Netherlands